Homily 12.8.15 Feast of the Immaculate Conception

Today we celebrate Mary conceived immaculately in the womb of St. Anne i.e. with no trace of darkness, no sin, no obstacles to God’s grace.  She was “full of grace” i.e. full of God’s presence and activity. Grace had free reign.  She lived in the presence of God doing her daily, domestic duties as wife […]

Baruch 5:1-9; Phil 1:4-6, 8-11; Luke 3: 1-6 Advent leads us to “discern what is of value” so that we “may advance secure in the glory of God” as Paul tells us in Philippians. Discernment takes time and patience. Time and patience, the key words of Advent, run against the grain of American life. We […]

Today is Thanksgiving Day. Every day is thanksgiving day!  Thanking God is at the heart of the examination of consciousness that St. Ignatius recommends we do twice a day. It is a spiritual exercise that directs us to look back over our day to see God there, and to savor those moments where God has […]

Solemnity of Christ the King Dan 7:13-14; Rev 1:5-8; John 25: 33b-37 Christ is a king. He comes to save all. St Ignatius Loyola in the Spiritual Exercises in the meditation called “The Call of the King,” asks us to ponder first, charismatic earthly leaders and then, the eternal King who wants to draw persons […]

1 Kings 17:10-16; Heb 9:24-28; Mk 12:38-44 These readings are about hospitality – giving it and receiving it. I remember reading a story about Cardinal Tagle, the Archbishop of Manila, Philippines.  When he was a young priest, a poor woman gave a large contribution in the Sunday collection.  He told her that she really needed […]

“The only tragedy is not to be a saint”, wrote the French novelist Léon Bloy.  St. John Vianney was thought to be a very holy man, even in his own lifetime. A woman was grabbing him because she wanted a relic.  St. John Vianney told her, “Make one of your own!”  Aren’t we all called […] 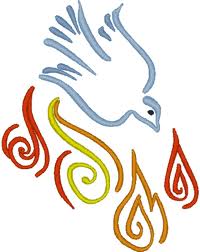